What better time to read about one of the Ulysses Club's founding fathers?
I have received permission to share this article written by Rob Douglas and published in Wingham Chronicle on 24 December 2019.

One of the Ulysses Club's founding fathers, Bill Vann, talks about love of motorcycles after being named patron of the Manning Valley branch

Riding jackets emblazoned with badges and patches from rallies across the world and books filled with photos and memories tell the story of Bill Vann's life on two wheels. 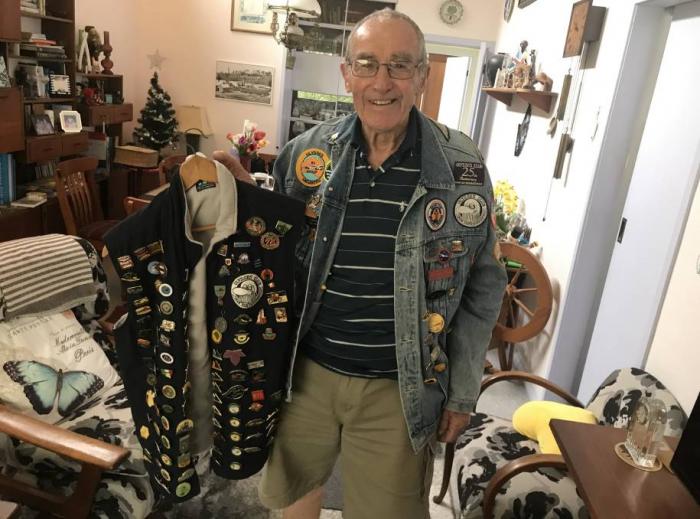 Bill is one of the founding fathers of the famed Ulysses Club and has called the Manning Valley home for the last 13 years.
Talking to the Times from his home in Tinonee, Bill looked back at the formation of the club, his passion for motorcycles and a special honour he received from the Manning Valley branch.

Just a means of Transport

Bill's early association with motorcycles was nothing more than a means of transportation.
After immigrating to Australia from the Netherlands in 1950, Bill settled in Perth. It was here he purchased his first motorcycle.
A Velocette was the easiest mode of transport to and from work.
"I wasn't into cycling when I first started," he said.
He recalled the bike's inability to make it all the way up Greenmount Hill, near Perth.
"I'd have to walk it the rest of the way," he smiled.
Bill rode a BSA for a few years before upgrading to a 1957 BMW.
"I also had a couple of Harley's (Harley-Davidson), Moto Guzzis, Bee Emms and BSAs," Bill said.
A couple of weeks after purchasing the BMW, Bill rode it from Sydney to Perth.
"I took it across the Nullarbor," Bill reminisced.
"There were bits of bitumen near Broken Hill and Port Augusta but the rest was dirt."

A move to Sydney soon changed the course of his riding career.
A member of the Guzzi Club and a former member of Perth's Harley Club, Bill joined a small group with a common interest- create a club for seasoned riders.
On December 6, 1983, the group met for the first time at Sydney's Elizabeth Hotel.
From this the Ulysses Club was born. Once the club was established, Bill became the first treasurer.
He was given the membership number two (#2). "The number will never be used again," Bill said proudly.
Bill said about half a dozen people attended the inaugural meeting.
"In the first one to two years we had about 200 people involved," Bill added.
"Then the branches came many years later."
He is the last foundation member still alive.
The Ulysses Club now has branches in Vietnam, Germany, Norway, South Africa, Switzerland, the Netherlands, Zimbabwe, Cuba, France and Great Britain.
As the club boasts about 16,000 members worldwide, Bill's status as 'number two' makes it more special.
He's attended countless Ulysses Club rallies in Australia and worldwide, purchasing a badge or patch from every event.
"I'd never buy a badge from a rally I'd never been to," he said.
Throughout the years, Bill would take any opportunity to ride his motorcycle on dirt roads and tracks.
"I wanted to take them anywhere off road," Bill said.

Bill moved to the Manning from Sydney in 2006.   He soon joined the Port Macquarie Ulysses Club branch.
"I got asked to join Manning Valley when it was formed later on," Bill said.
When he was diagnosed with B12 deficiency about three years ago, it was time to hand in the motorcycle licence.
"I was getting the shakes," Bill revealed.
His crowning achievement, backed up by wife Rita, was having no major incidents in his 65 year riding career.
"I haven't broken a thing," Bill smiled.
With his behind the scenes work to establish the club in mind, Bill was named the Manning Valley branch's patron. 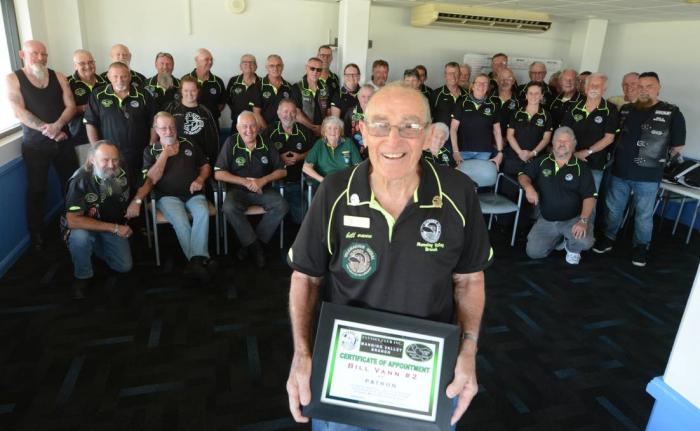 A ride and family picnic will be held in March to recognise this achievement. The location has yet to be finalised.
A few months shy of his 90th birthday, Bill has promised to wear one of his beloved riding jackets for the event.
The branch stands head and shoulders above the rest, according to Bill.
"Here it's different, we're all mates," he said. "This branch is the best one there is."
He might not be able to ride anymore but that doesn't mean he misses out on the fun.
"I can go on the back of someone's (motorcycle) although it's a bit different," Bill said.
He still enjoys morning catch-ups with members over coffee, general meetings and the annual pilgrimage outside the area.
Rob Douglas

Those aims (as detailed in 1983) have not changed and are:

Thank you for posting this John Cook and for reminding us of the important aims of the Club.
I think this is borne out by all the activity on the Melbourne Ulysses Facebook page!