It was another sunny winter day and we had a very good turn out. 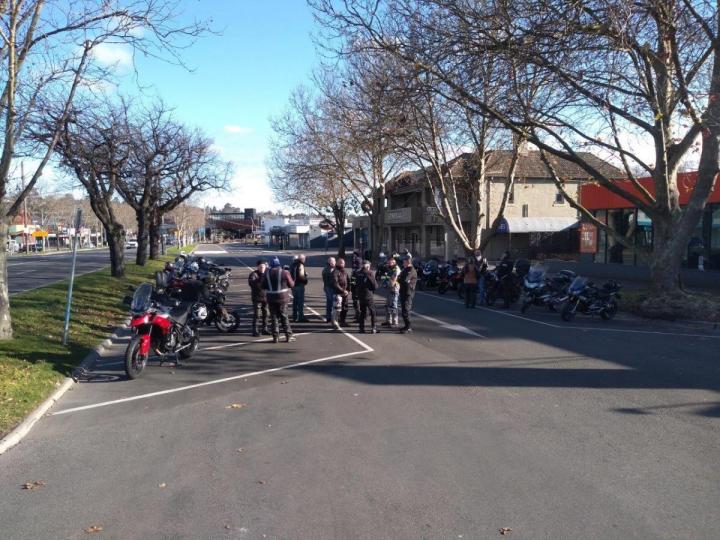 Jody and Jim were back again plus new participants Khiat and Max (who we’ll forgive for also being on BMWS!) for Jack’s ride to Eildon.
Once briefings and greetings were done, Jack led us out via Coldstream, 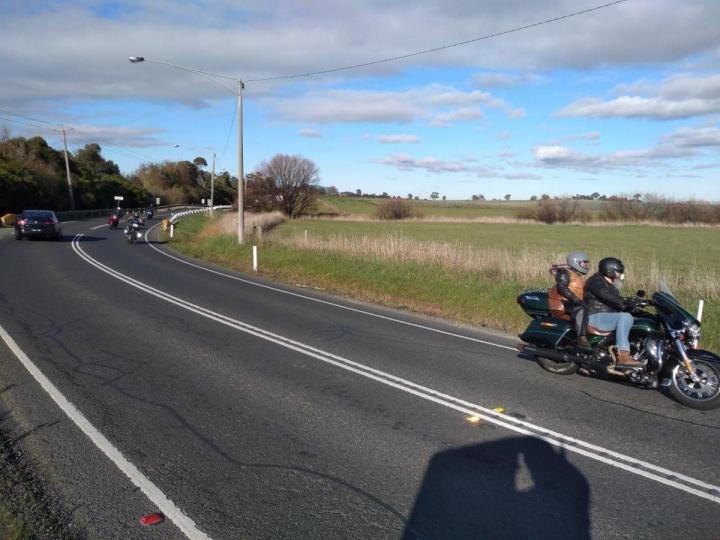 and on Healesville Road to Healesville with Jack doing Tail End Charlie Duties.  Jack then managed to arrange a traffic free run up Myers Creek Road to Toolangi which made it a very enjoyable run.   It was only 4 degrees up there, so I was very happy that my thermals and electric warming gloves and grips were working well and basically made the cold irrelevant.
After Toolangi, we joined the Melba and turned off again at Glenburn for a lovely run via Break O Day to Yea, where we stopped for a morning cuppa.   We even managed to find a couple of spare tables.  I won’t mention names, but one of our group did admit that she found it damn cold on arrival.
Once refreshed, it was a sunny run across to Alexandra 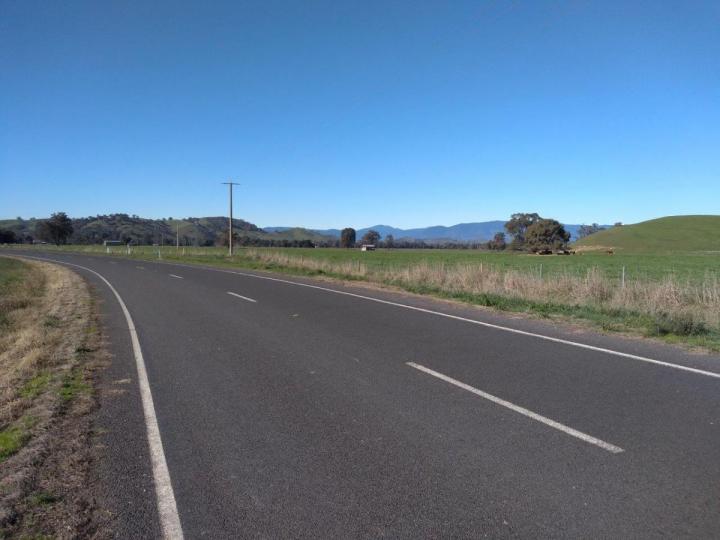 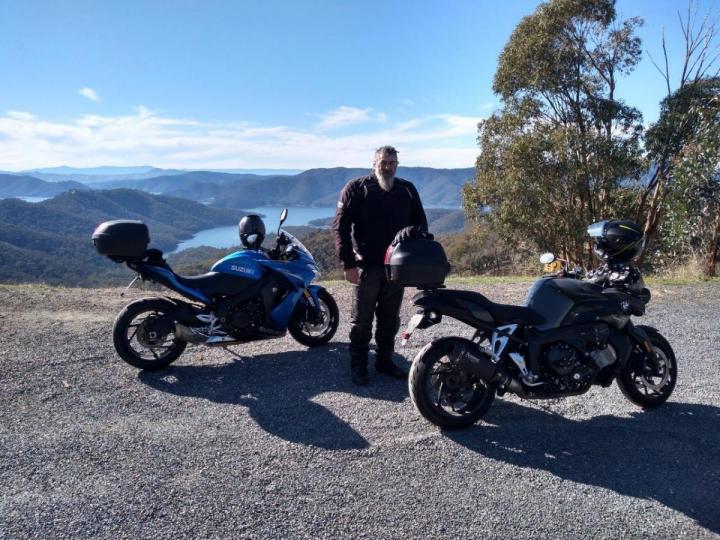 before continuing into Eildon for lunch.
From there, some returned to the north and west via Yea.  Quite a few of us popped up to the dam wall to check out the view and rode on past Snobs Creek to Taggerty and then over the Black Spur to Healesville.  Despite the discussion about probable heavy traffic over “The Spur”, I reckon we had a pretty good run until after Dom Dom Saddle and only really got slowed for the last few kilometres after passing Fernshaw Reserve.   We then rode through Healesville and headed off on our separate ways home.  I turned off the highway at Maddens Lane and enjoyed some more local scenery via back roads until I got home.

Jack, it was a great day out on the bike – Thanks and well organised.   Samuel – thanks for doing TEC duty again.  Thanks to all who came along, and it was great to Jody and Jim again plus new participants Khiat and Max.  Thoroughly enjoyed the camaraderie and the ride.

Pictures have been added HERE: https://ulyssesmelb.com/ride-album/ride-eildon-yea

Yes It Was Cold

Cold mornings are worth planning for.

Properly prepared it was a great day for riding