Edited 13 April 2022
Twenty people participated in the Alpine Run this year and I thoroughly enjoyed it again.
A dozen people joined me for the start on the freeway at Officer.  Ian Monk volunteered to do TEC duty and we rode off promptly at 8.00AM. 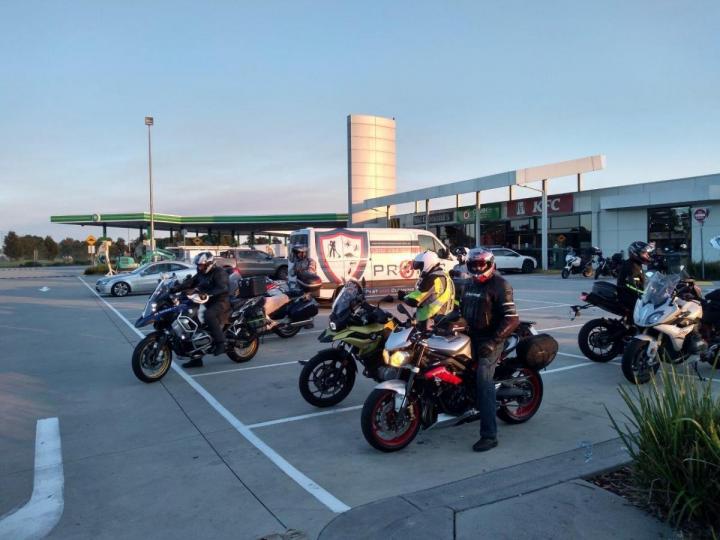 With the combination of roadworks and new speed limits the ride to Longwarry was a bit ho-hum and happily that was the end of the Princes Hwy for the weekend.   The ride east in the hills through places such as Buln Buln and Shady Creek had some extra challenge as we had fog and mist interspersed with sun in our eyes.  We diverted via Willow Grove to avoid some more roadworks and that provided some nice curves on our way to Glengarry and on to Toongabbie.  We turned off just before Cowwarr (again to avoid roadworks) and took backroads via Dawson to Heyfield where we stopped for refreshment and to meet my son Michael, who I had recruited again to guide us through back roads known well to him.  Those that needed it also topped up with fuel.  Michael’s friend Trevor also joined us and a random motorcyclist from NSW (John) decided to join the ride after a chat. He was riding the default branch bike (BMW GS!)
Once we finished refreshment and chatter we rode off again with Michael leading me as our “pilot”. 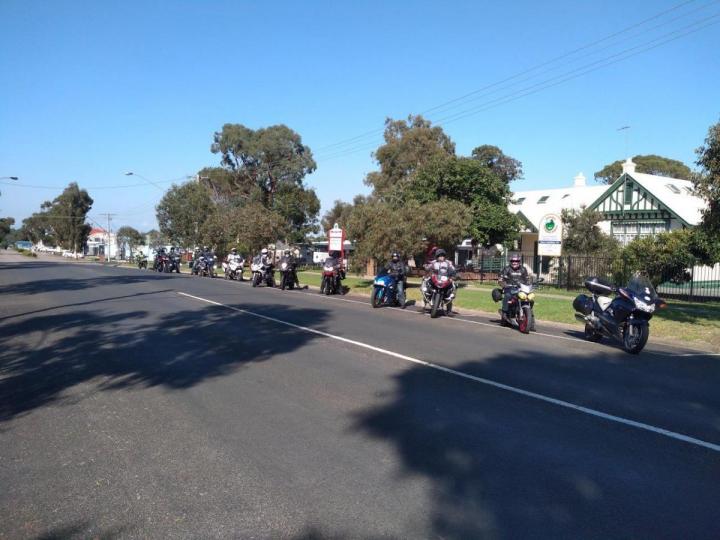 We skirted Glenmaggie Weir and rode to Wy Yung via places such as Briagolong and Glenaladale.  We then took a short diversion via Tambo Upper and arrived in Bruthen to meet up with Gary, Greg, Holly and Neville.  Once bikes were fuelled, lunch consumed and lies exchanged we rode north up the Tambo Valley and somehow, despite being ride leader I was near the tail end of the group!  We regrouped at Swifts Creek and rode via Cassilis to Omeo where we took another rest break.  Put simply there were lots of other bike riders out enjoying the conditions too.
We were maintaining schedule well so after the lovely sweeping open climb to Hotham, we took a refreshment break at The General.     We stopped again briefly for some of the alpine views 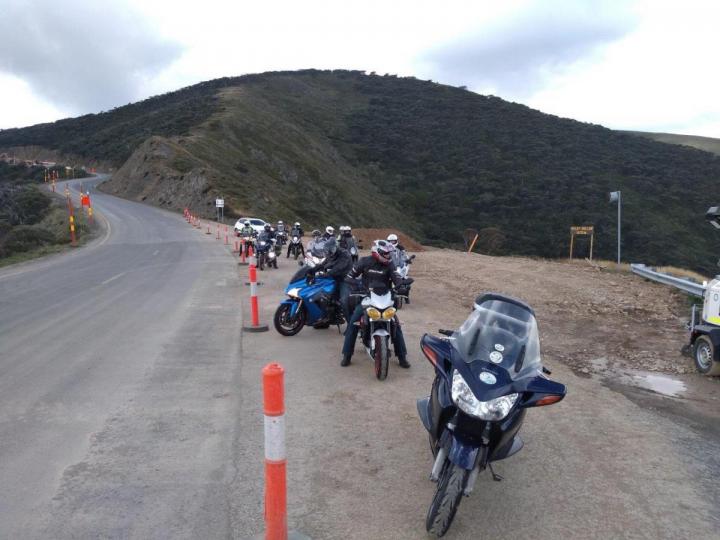 and then descended the tight bends on the road down to Harrietville before climbing the Tawonga Gap where we again stopped for “gander” over the Kiewa Valley and across to Mt Bogong – the actual highest mountain in Victoria. 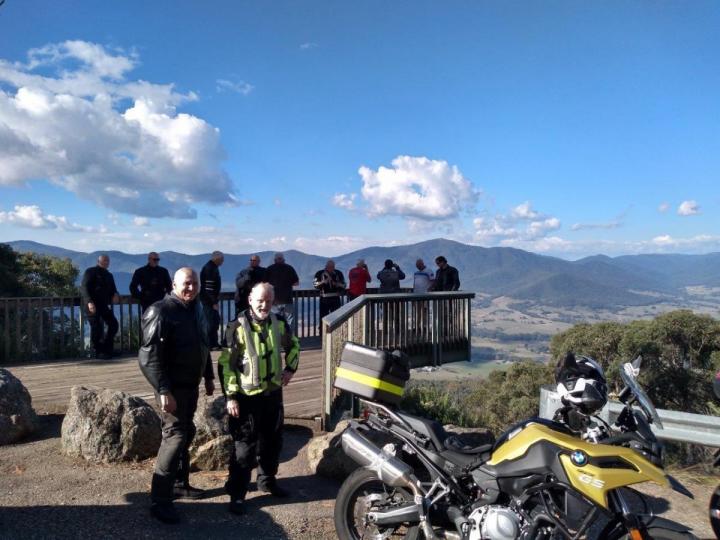 We then rode on to Mt Beauty and refuelled ready for Sunday and then rode back to Tawonga for our overnight stay.  The ride had been “incident free” until then but Scott’s Suzuki decided to go no further due to a wheel bearing problem, so it ended the weekend on a tow truck.  It was fortuitous that Nev had decided to test his new car which meant that Scott and Nev had two wheels each for their trip back to Melbourne.
I enjoyed the camaraderie, my meal plus the facilities and hospitality at “Mountain Creek Motel” and I believe most others did too.
On Sunday morning I bid farewell to Michael and Trev plus Alf who also decided to return home to Gippsland via the alps.  After an initial bit of confusion, I led the group down the Kiewa Valley to Running Creek where I bid the group farewell.  Andrew led them via Happy Valley and on to Myrtleford for breakfast and on home to Melbourne.
Barry and I rode on via Gundowring Road (great open country views) via Huon to Bellbridge where we checked out  - the bridge. 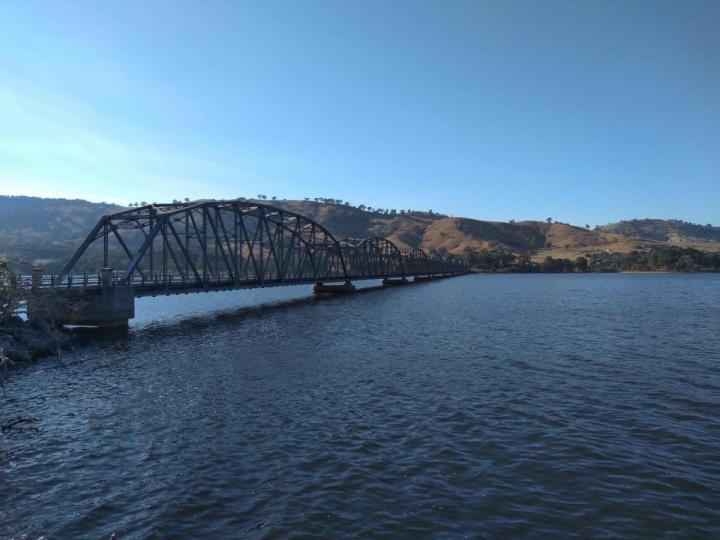 Barry then rode on the meet up with friends in the vicinity and I continued on to Wodonga where I caught up with Ivan – the guy who actually instigated the Melbourne Branch Autumn Ice (now Alpine) Run way back in 1998.
After enjoying breakfast and a chat I then rode off north again towards Queensland to first catch up with Kris and socialising with friends and then attend the National Rally at Warwick.  But that is a separate story.
As I said, I thoroughly enjoyed the ride again and the only question is “Should a 25th Anniversary Run” be planned or scheduled?
Cheers

and Ian Monk has posted a video of riding on Mt Hotham here: https://www.youtube.com/watch?v=QIO1mDHQf3k

I've now added a bit of a story and some additional photos.
Many thanks to all who came along and made it what it is