Over twenty of us experienced many of Victoria's variations (such as cloud, rain and heat) on the ride to Euroa and back.  We assembled in cool weather under cloud at Lilydale and some spoke of showers on the way from further west. 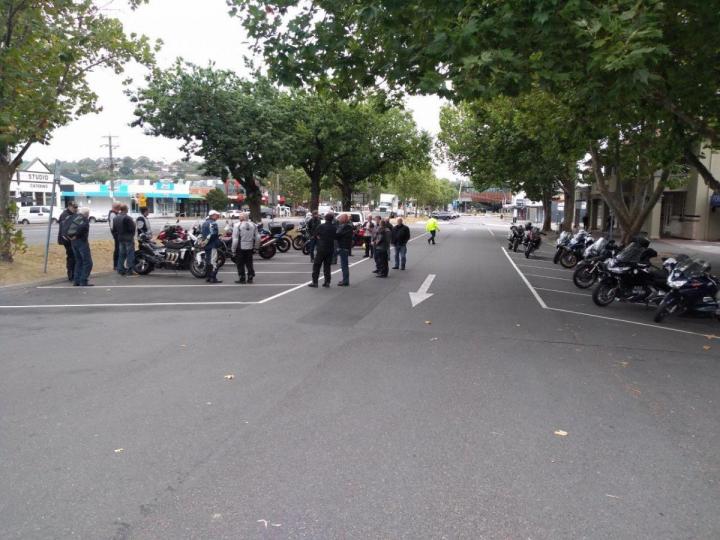 There was also a great variety of bikes again 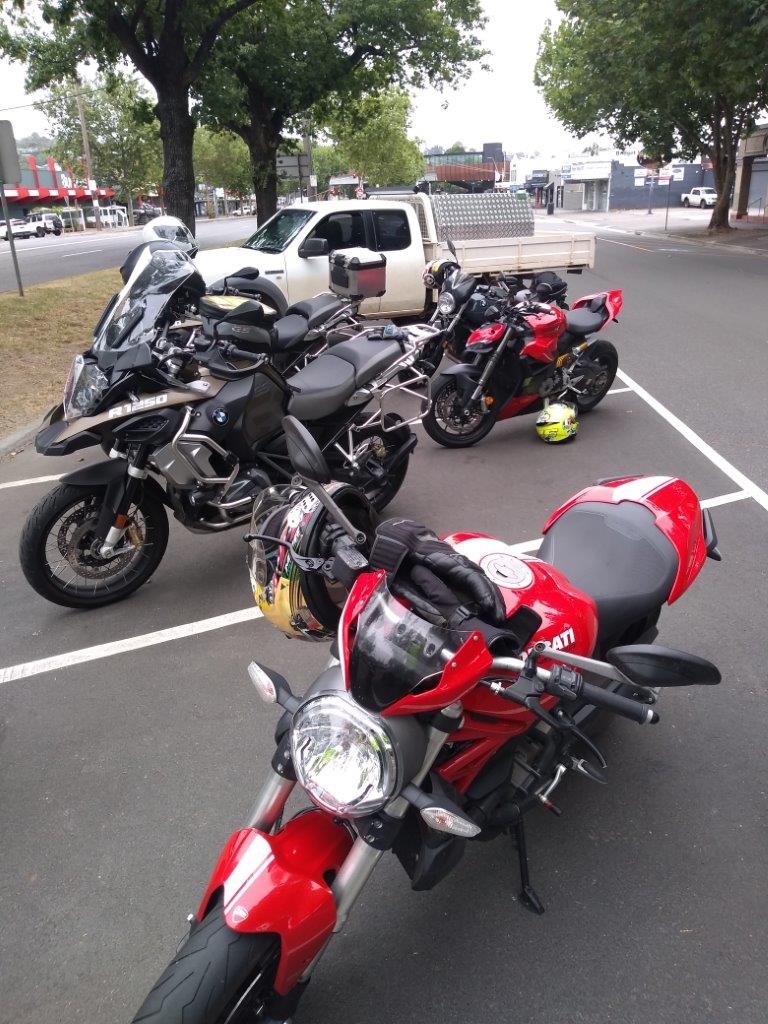 As we rode off the drizzle started, yet I spent quite a while wiping water off my visor while riding on a dry road!  By the time we approached Healesville, the road was both wet and seriously slippery.   I saw one motorcyclist coming in off a side road spin up his back wheel inadvertently - that lovely slippery stuff after a longish dry spell.
We regrouped in Healesville and several put on wet weather gear before setting off over the Spur.  Of course, it stopped raining immediately.  We had a bit of traffic slowing us over the spur so that allowed us to take in the scenery and it was beautifully green.
Once through Buxton, the scenery turned into the normal summer yellow hues.     After a "cuppa" break at Alexandra, we rode the highway to Merton and then turned off towards Euroa before diverting for brief stop at Polly McQuinns. 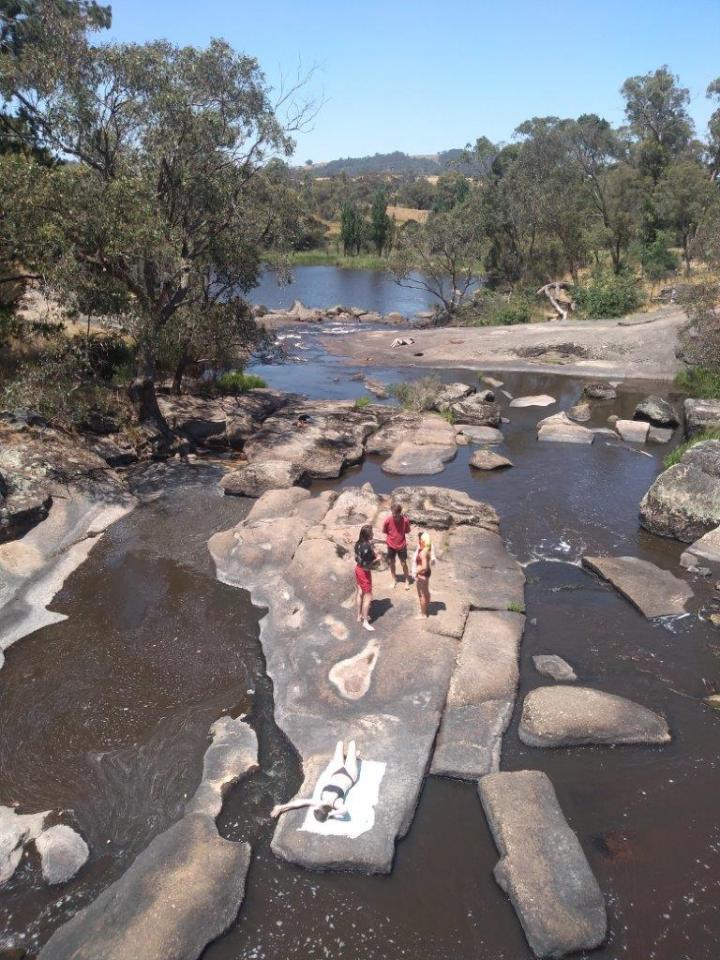 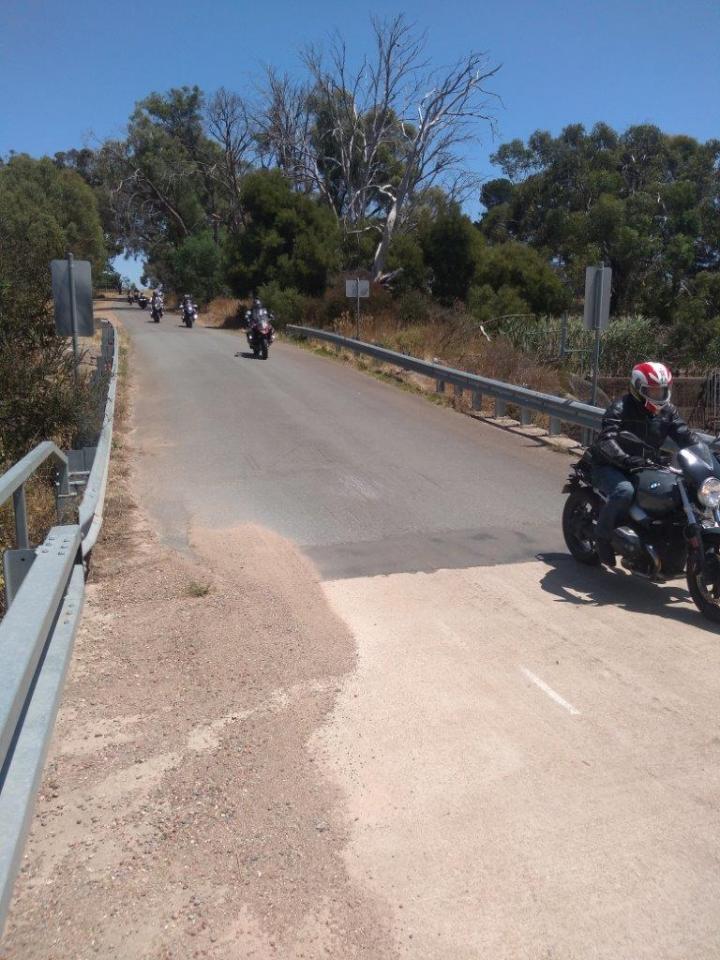 From there we enjoyed "Kelvin View" on the way into Euroa where we had a leisurely lunch break in weather much hotter than we had expected.  The weather variations either side of the "Divide" were quite noticeable.
Most of us then returned to Yea via Creightons Creek and Highlands and had zero traffic for the entire run - great.
Many thanks to all who came along and a special mention to Ian for doing TEC Duty.