Despite it being the middle of winter, rain forecast and a route which had us criss-crossing the hills and Great Divide 8 members were silly enough to join Pat for his ride.  Wonderful what freedom from lockdowns will do.   BMWs were definitely in the majority with Colin, Jack, Jeff, Roger and Steve (reluctantly) all mounted on Bavarians.  John and Pat were on very different Triumphs while Les and I were mounted on Japanese bikes. 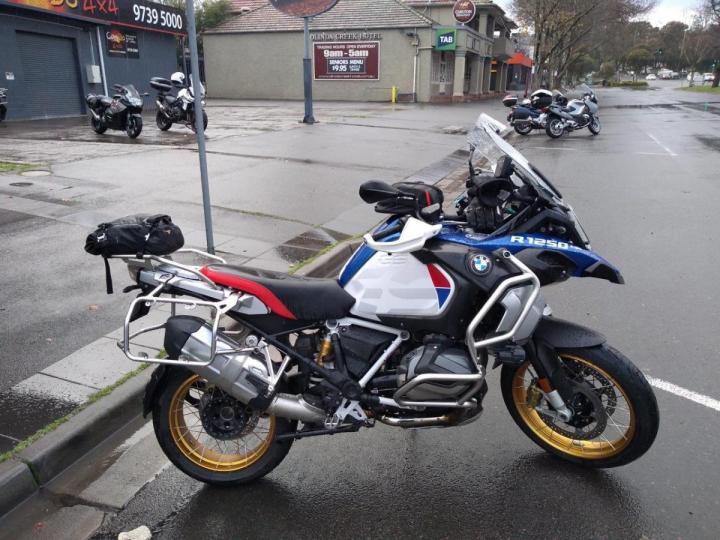 The forecasts were discussed at some length as we waited to start, we optimistically looked at the radar etc and concluded the rain was all but done.  We were wrong.  We rode out through Gruyere via some lovely backroads 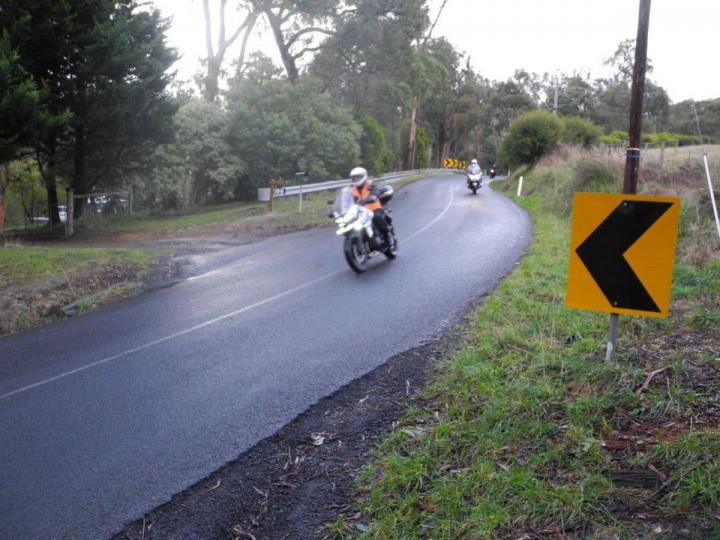 to Seville East and then took more back roads to Healesville and Pat did a great job of getting us across the highway without any hold ups.  From there it was up Myers Creek Road to Toolangi and as usual it was raining up there, but we did spy some lovely green fields.   As well as being wet, the temperature kept dropping and this confirmed I hadn’t made the perfect decision as to which gloves would be best.  The cold and wet persisted through Murrindindi and then suddenly the roads dried as we approached Yea.  There weren’t as many bikes as usual, and we had no trouble getting a table to use while we enjoyed our much needed hot snacks. 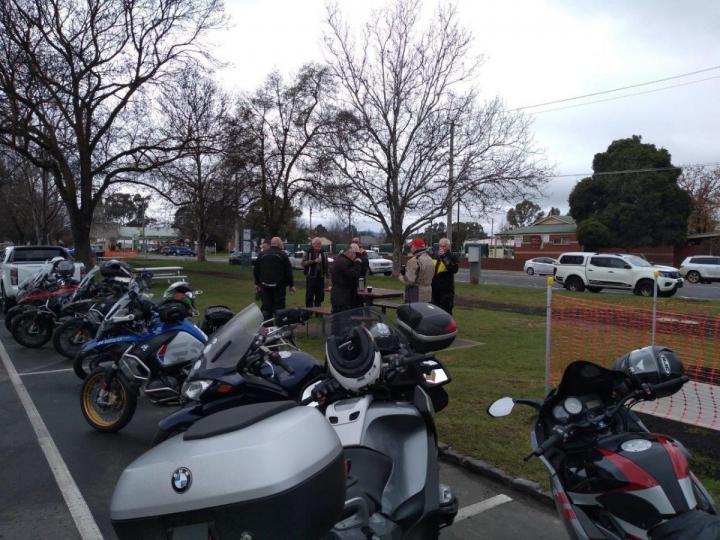 Colin, John, Les and Roger called it a day and headed home.   The remaining 5 of us looked north at pleasant skies and decided to continue on to Marysville.   Of course, it started raining again shortly after we left Yea, but the ride from Molesworth to Alexandra was still very enjoyable and there no traffic problems.  From there we followed the highway to Buxton and on into Marysville where we all hid indoors for lunch.
After lunch we all made our own way home individually.   I crossed the Black Spur which had only recently be reopened after all our recent storm damage. 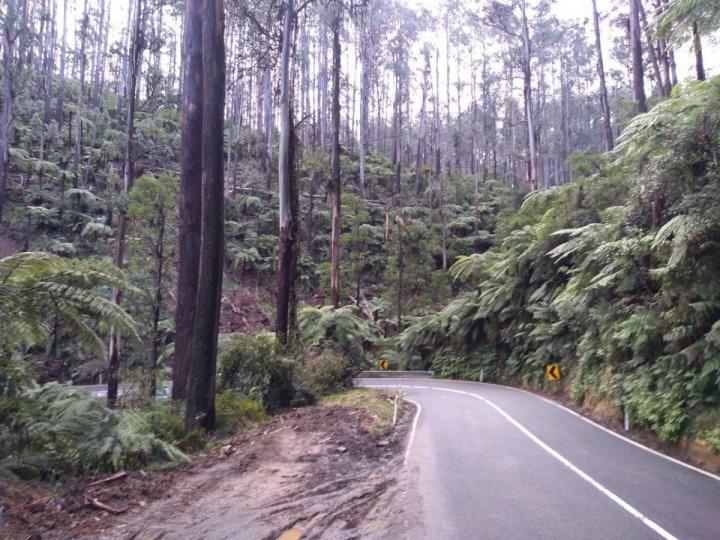 I will admit to having a seriously scary moment on slippery road between Marysville and Narbethong on the way home but happily stayed upright.
Of course, once I crossed the Divide back into Healesville, the sun finally came out, but I had hoped the showers would have cleared (as forecast) much earlier.  Perhaps that’s why the hills are so green?
Anyway, I had a good day out on the bike.  Thanks for selecting such a good route Pat and Roger – thanks for doing TEC duty to Yea.
More photos available here: https://ulyssesmelb.com/gallery/marysville-ride-27-june-2021