The Last Hurrah   That phrase was used by Roger Foot and I do hope it proves to be inaccurate.
On 2 July, when I “posted” a mid week ride for Wednesday 8 July based on weather forecasts and social restrictions, I had no idea we would be back under “Stay at Home” directions a week later.   Luckily the forecast proved accurate, we had a dry day, saw some lovely morning mists and enjoyed ample sunshine despite the cold of winter.  Roger and I did spend quite a bit of time discussing the best way of dealing with our numb fingertips.  Is that because we’re both “senior” Ulysseans dealing with the side effects of aging?
Ian, Jack, Nick, Roger and Samuel were all able to join me at Lilydale 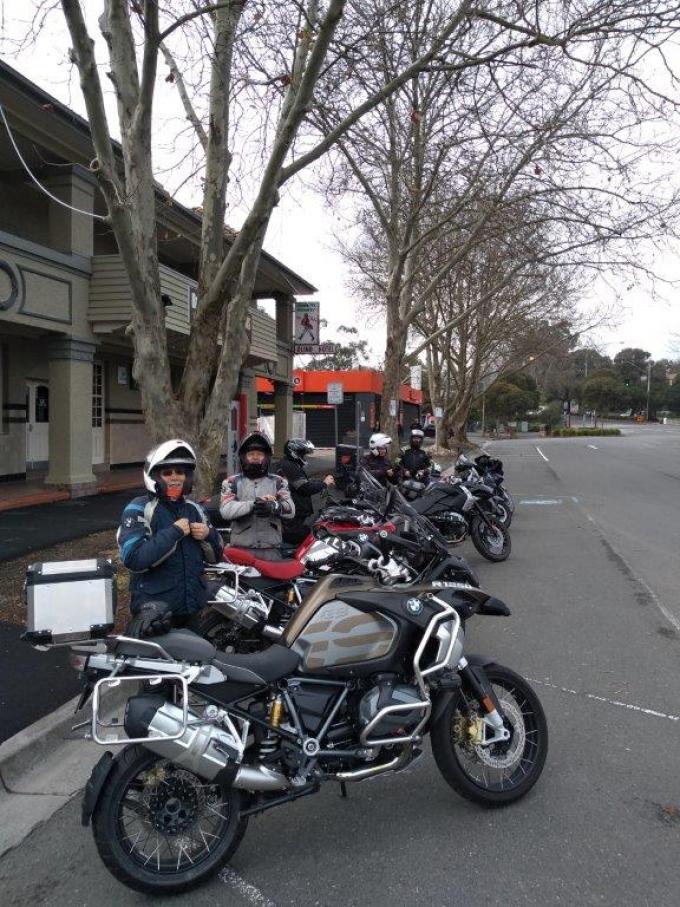 and we kept it simple by not using corner markers etc.   We rode north past the museum and theatre in Lilydale and on to Yarra Glen via Victoria Road.    We then hit some back roads and enjoyed some nice views 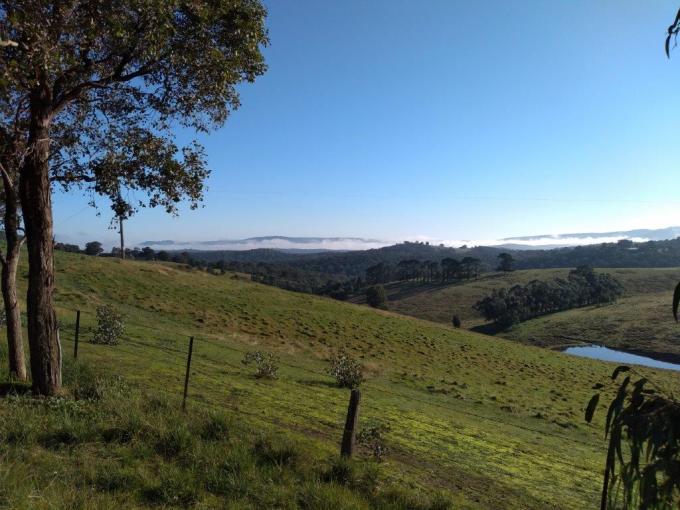 on our way to Hurstbridge before crossing back past Whittlesea via Nutfield and Yan Yean to Kinglake where we stopped for a break.  Put simply, it was cold and windy up there, but the views were spectacular and I do love the diversion via Nutfield.  We really are fortunate with our road choices so relatively close to Melbourne.   We then rode down past Kinglake National Park to Glenburn and then took a loop via Murrindindi to Yea and popped in to visit the Cheviot Tunnel on the rail trail. 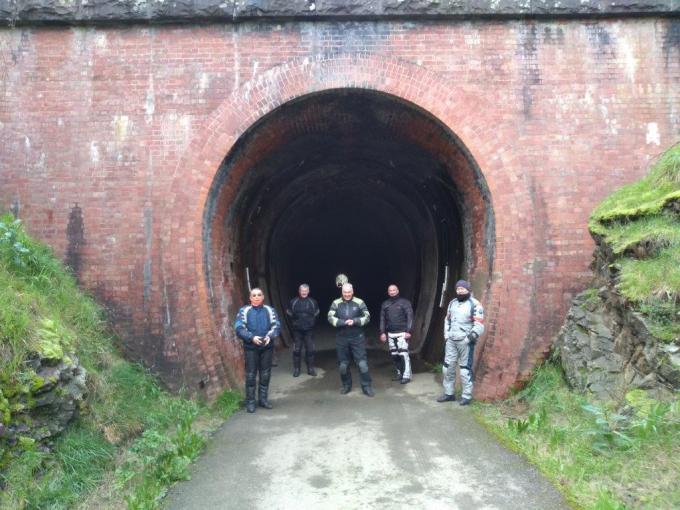 From there we rode the conventional route to Alexandra via Cathkin and took in some more great views, but it remained cold as we entered and exited mist clouds.  At Alexandra, both Roger and I lamented the fact that the hand dryer / warmer in one of the public toilets was not working.   After lunch we rode to Eildon via Skyline Road 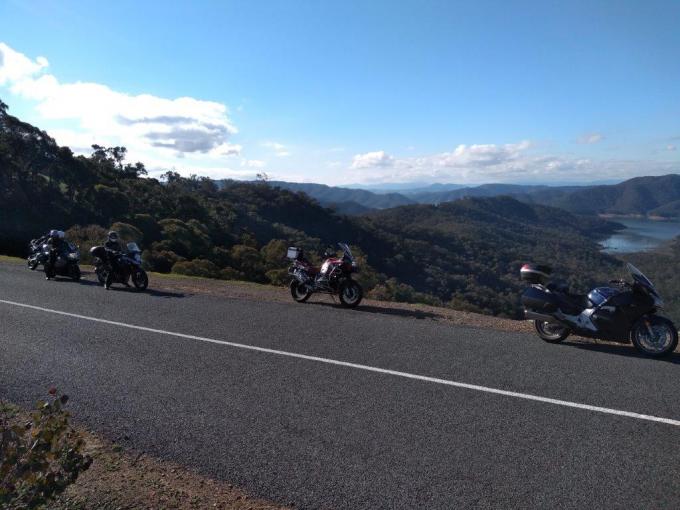 and stopped to take in the views from the top of the weir. 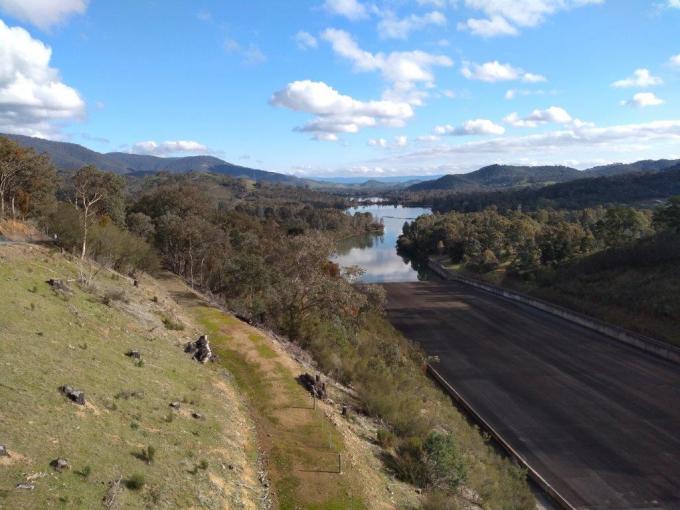 By then the mists had given up and I felt warmer, so I don’t know whether changing to thicker gloves helped or not.  Then it was more riding via Thornton & Taggerty to Buxton and then over the Black Spur.  I was luckier than Nick and Roger as I managed to pass a couple of cars as I entered the “spur” and they didn’t so I had a good run until Dom Dom Saddle where two cars pulled over and I had a reasonably good run through to Fernshaw Reserve 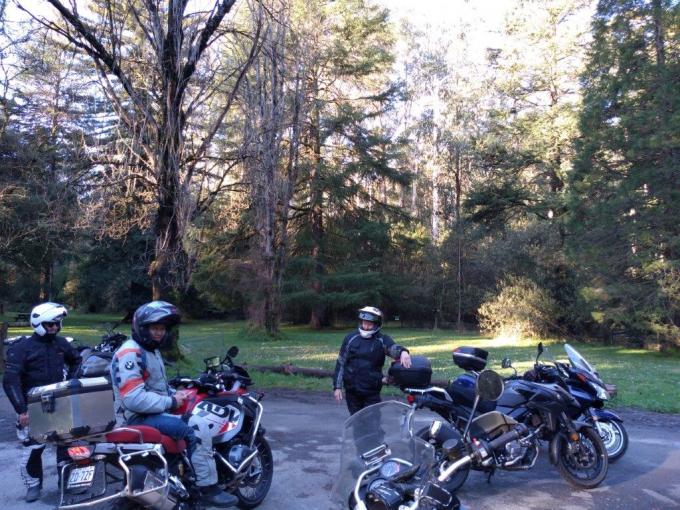 where we stopped for a final chat and farewell.  It took Nick and Roger several minutes longer than us, so the farewell didn’t go quite as I had planned.
I thoroughly enjoyed the company and the ride on what was essentially a perfect day for riding in Melbourne’s winter.
Let’s hope we can minimise the spread of this damn virus again and get back a more normal social life.  Stay safe everyone.   Please do conduct yourselves sensibly.    Don’t forget to stay in touch with other members either.
Cheers
John Cook

Thanks for a great ride and the well-illustrated report John.

It is apt that, only shortly after Dame Vera's death, we should remember her words:
"don't know where, don't know when, but I know we'll meet again some sunny day."