I received this December 1992 “Riding On” magazine when I joined the Ulysses Club. 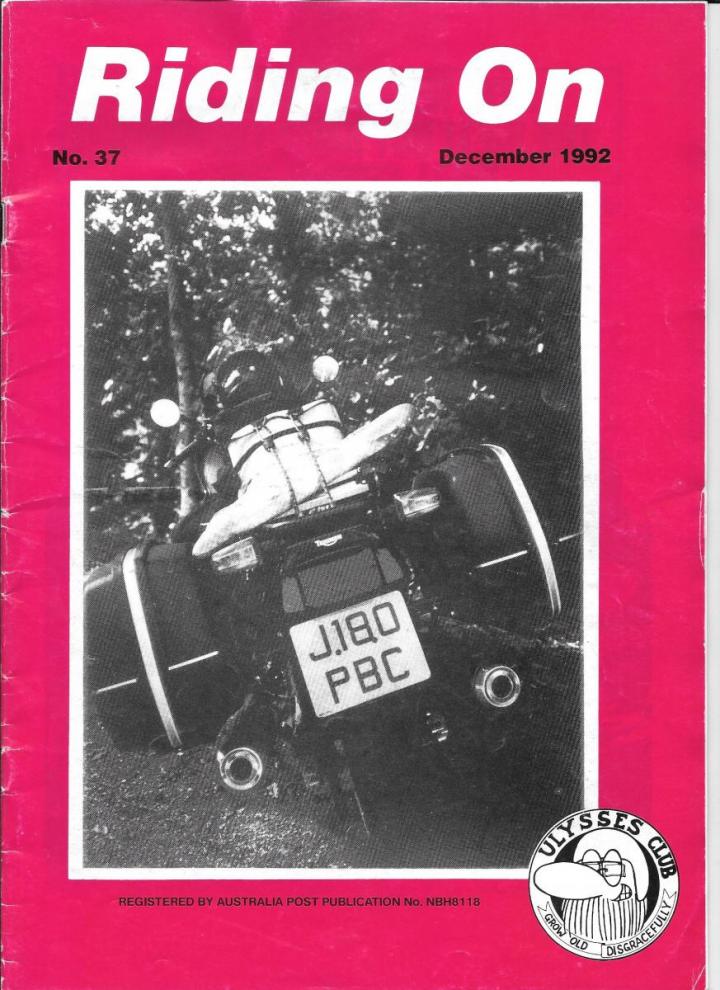 It was all in black and white apart from a bit of red on the cover which featured a photo supplied by Peter (The Bear) Thoeming which depicted a “then new wave” Triumph Trophy with a bread stick on the rack while on a trip in Europe.
The Riding On editor was the then club present Tom Dudley.  It featured news reports and ride calendars from about a dozen branches including Melbourne and the late Bob Tate was our branch president.  It also featured a travel story and details of the planned Shepparton AGM written by Noreen Miles. Happily, she came to the Melbourne Branch 30th Anniversary in 2014 at Korumburra and I still touch base with her.
The ride start points were Dandenong, Bunker Hill, Lilydale and Melton and the social nights were held at the Post Office Hotel in St Kilda.  While we didn’t ride every Sunday, there were quite a few multi day rides such as Tintaldra, camping at Glenmaggie, meeting Albury branch at a hotel in Euroa, Narooma and Darlington plus the AGM event in Shepparton. In short, quite an active and varied calendar.   I didn’t even have a mobile phone in those days and contact details were listed as home phone numbers!
I rode a Honda CX 650 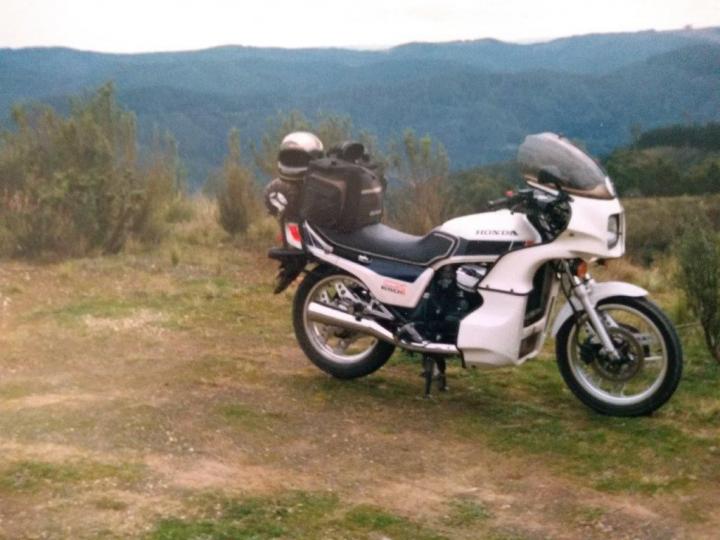 back then and remember attending the Post Office Hotel in St Kilda and attending a ride to that pub in Euroa.  I also have fond memories of $10 counter meals at places such as Korumburra, but eventually large group sizes made pubs problematic for lunches after Sunday rides.   The club grew and many extra branches were born to accommodate that need.
Things have changed (“empty nesters” are getting older for example) and club membership has simply waned over the past 10 plus years.  Communication systems have improved immensely but that doesn’t mean we always get it right.    Branch ride group sizes have definitely got smaller since I joined, but that is not actually a bad thing.
We still manage to organise a ride almost every Sunday, and we now also do more mid-week rides as circumstances allow and they’re much easier to communicate to members now.   We’re also consistently organising multi day rides and events, social coffee mornings are still happening as are social nights.  I will admit it’d be nice to see some fresh faces come along.  I’ve been enjoying the camaraderie associated with being a Ulyssean for almost 30 years now and my membership has given me so much more than I’ve put into it.  I will add the obvious, that enjoyment comes from actually taking part.
We are members of the Club, not any single branch despite the fact that all branches are a bit different to each other.
Keep enjoying
Cheers
John Cook
#5048