I will start by discussing the great variety of bikes and people.  We had four very different Triumphs – a Rocket, a Bonneville, a Tiger and a Sprint ridden by Dave, Libby, Vince and Steve C. 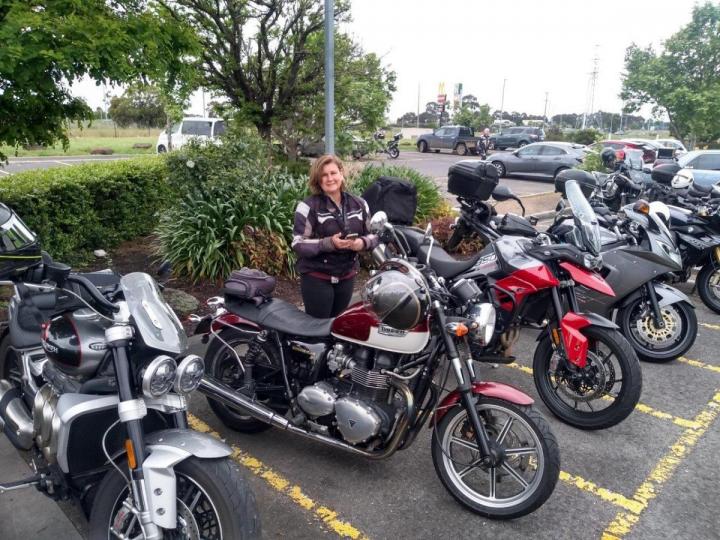 BMWs were ridden by Colin, Gary, Jeff and Ray who joined us at the last minute for his first ever ride with the Ulysses Club.  The three Hondas were ridden by Bill, Marty and me.   Steve B brought his Suzuki V Strom along for the outing.
The forecast had been dismal during the preceding week and continually improved as the day drew closer, so I was a bit miffed when I saw rain showers ahead of me as I crossed the Westgate Bridge on my way to the start point at Ardeer.  Light showers persisted as we chatted while preparing to leave and several put on wet weather gear.  I persisted in riding jeans and didn’t even remove the sheepskin seat cover from my bike.  We had some more light drizzle patches on the way to Meredith, where Marty finally weakened and put on his rain jacket.  The sun then came out and I suspect he may have melted.

Once Ray was made welcome by all, we rode off with Bill doing tail end duties.  We left the freeway at Rockbank and continued west along Greigs Road past many new housing developments.  It was a first for me to see water pouring over the Melton spillway as we climbed the curves of Exford Road after crossing the Werribee River.  We continued west through Rowsley and up the narrow Glenmore Road hill climb which was a bit more rutted than when I checked a few weeks ago.  I had intended to stop briefly at the top, but it simply looked too muddy and slushy to park, so we rode on.  On the way into Meredith, we crossed several heavily flowing water ways and used some roads which had clearly been closed quite recently due to flooding, so we took it very easy.
After our rest break, we rode on through Steiglitz and again took it easy as some roads had been damaged by recent flooding.  At Moorabool we stopped briefly and bid farewell to several people who headed back towards Melbourne.  The rest of us rode on, reached the Bay at Drumconda and enjoyed the water views as we skirted the Bay past Eastern Beach and stopped briefly to simply take in the lovely view. 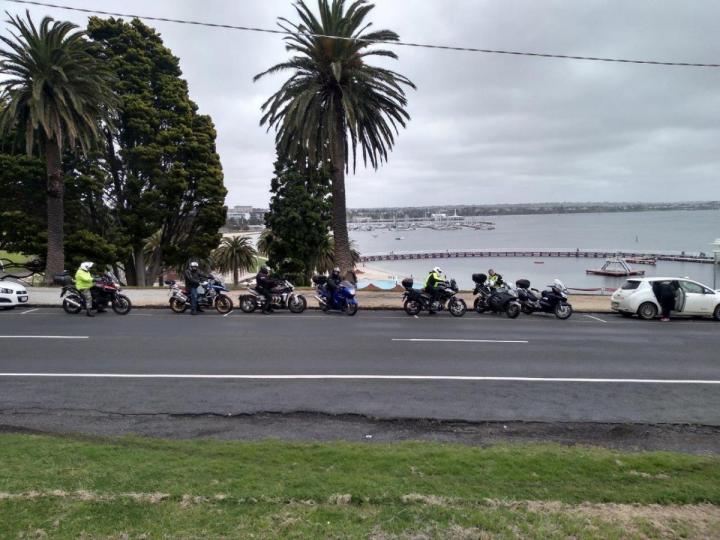 From there we continued around the headland, through parks and on to Portarlington where we enjoyed lunch at a bakery. 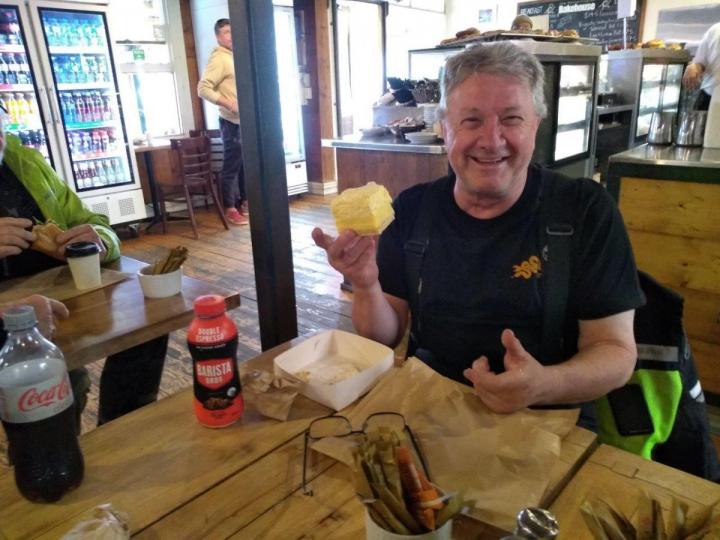 After lunch, we enjoyed rolling along the coast to St Leonards at a leisurely pace before riding on to Queenscliff.  We checked out some more views before going on to the terminal where five of us caught the ferry to Sorrento. 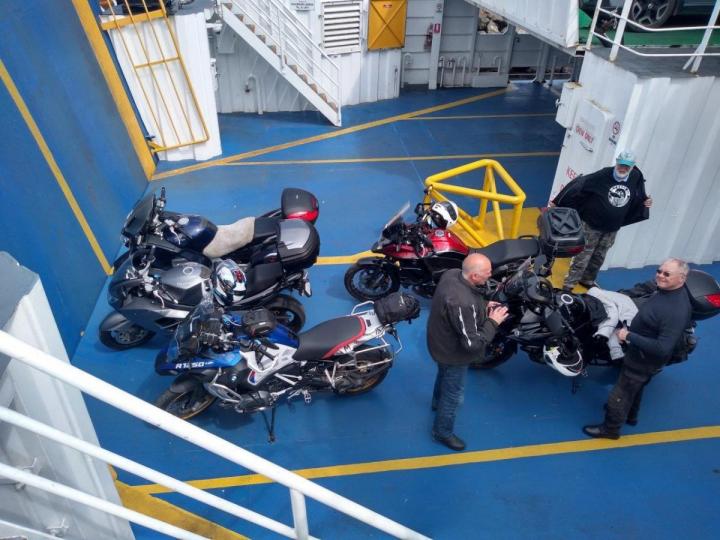 From Sorrento, we used back roads via Main Ridge and Red Hill before getting onto the freeway near Martha Cove without encountering any traffic lights and rode on home.   The many signs of water, flood damage (including road surfaces) we saw were a sober reminder of the challenges many are facing right now.  Despite that, I really enjoyed the day, the variety of things we encountered and the camaraderie of those who came along.
Thanks all who came along and made it the day it was.
I've also added some extra pictures :    https://ulyssesmelb.com/ride-album/ride-portarlington-23-october