Well, if someone can think of a better time to do some reminiscing - please let me know.
While doing some COVID cleaning etc I came across the very first Riding On magazine sent to me after I joined the club over 27 years ago 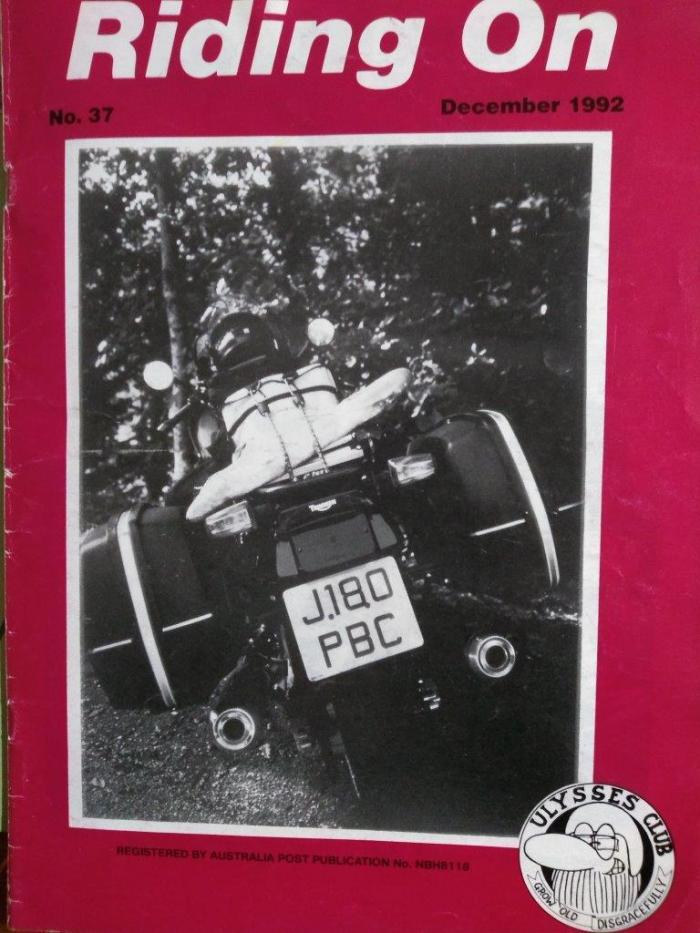 The cover was a photo supplied by Peter Thoeming (the Bear) of a Triumph Trophy (at the time Triumph was reemerging) with a baguette on the back during a test ride in France I believe.   Haven't Triumph kicked on since then?
Also is a copy of the page detailing Melbourne Branch's ride calendar for the first quarter of 1993 which has some interesting detail I will comment upon  - apologies for the scan quality 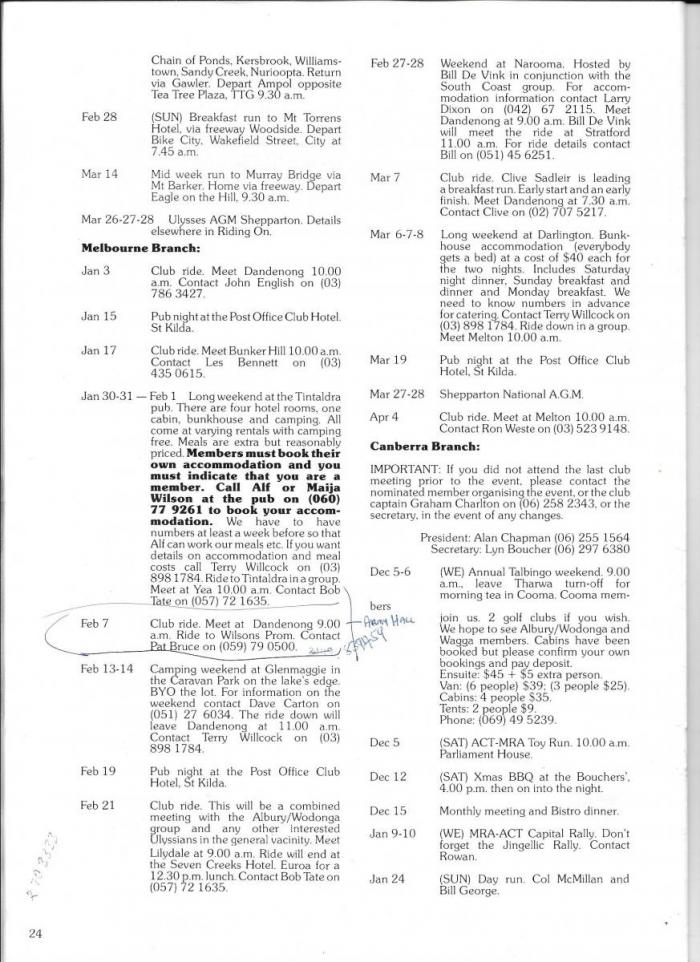 There are some very interesting features.
In those days we left from Bunker Hill, the army hall in Dandenong and Melton!  The only start venue which has not changed is Lilydale

Social nights were at the Post Office Club Hotel in St Kilda!
Noreen and Lionel Miles were very busy organising the National AGM which was held at Shepparton 27 - 28 March 1993.
I believe my first ever ride with the Club (and branch) was the one to Wilsons Promontory in February 1993.  I do remember going to the Seven Creeks Hotel at Euroa with the late Bob Tate but I'm not sure if it was in March 1993 or later.
Several weekends away were organised.
Once this pandemic is over such things are still possible and I will point out that many were organised by non committee members.    Communication systems have improved significantly over the past 28 years, but it still comes down to people having ideas and being willing to include others and share.

Thanks John - what a great read!!  Some good ideas there as well:

When we defeat Covid19, we should revisit some of these ideas!!
Sailbad
#65231

During the lockdown lots of things are being tidied and found.
Found a couple of photos of bikes I owned when I was still too young to be a Ulyssean back in the 80s 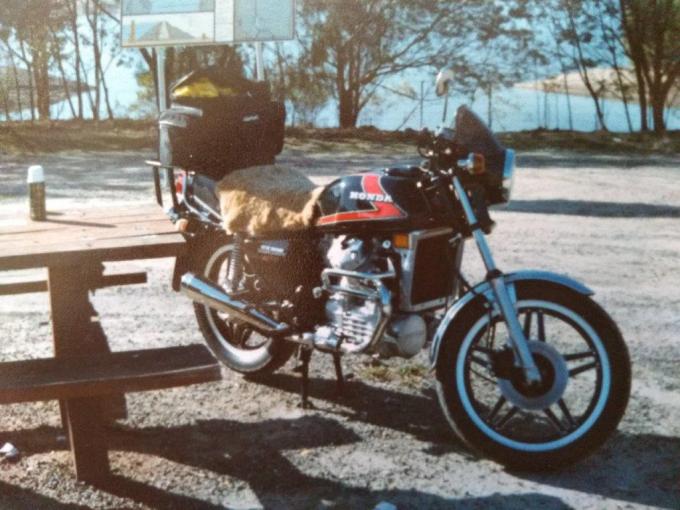 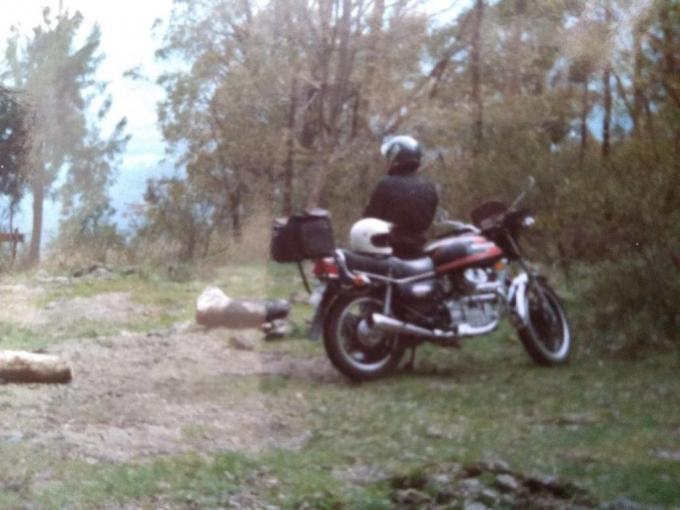 and bought second hand a few years later.  Anyone remember after market fairings?! 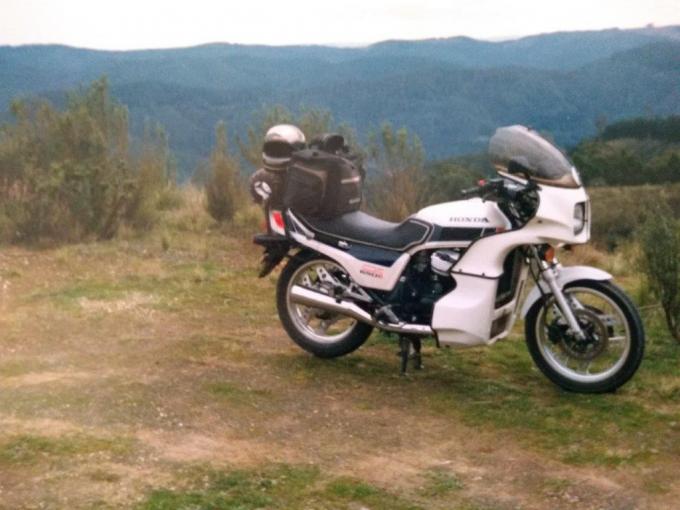 Both the 500 and the 650 easily managed Melbourne - Sydney runs two up.
The gear sack rack and bag did steady service on both the CXs and the the following VF 1000  for over a dozen years before I bought my first ST