Seven Melbourne Ulysseans did our bit for the country by travelling “overseas” for an 8 day ride in Tasmania.   Barry, Colin, Jeff, John, Pat and Steve joined me in Port Melbourne on Sunday 18 April - last day of school holidays. 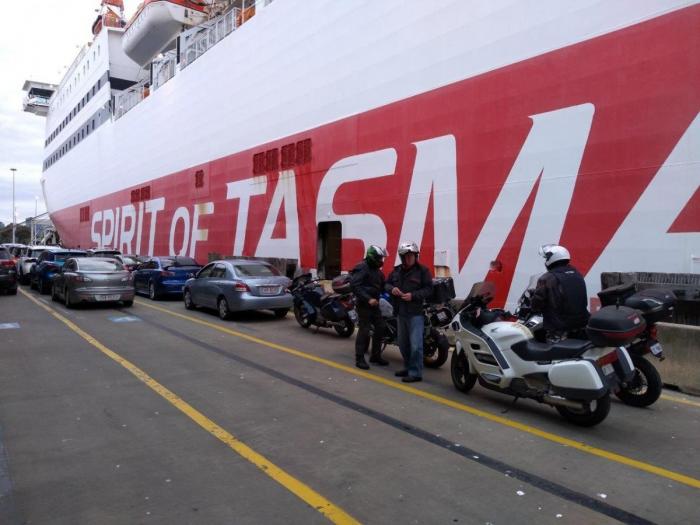 We sailed overnight, shared a few lies over drinks, slept in cabins and arrived in Devonport early on Monday fresh and ready to ride.
We breakfasted at a café in Devonport with local Ulyssean - Graham.  Then we rode off, left the highway and turned east.  We explored farm country, “crossed the Rubicon” amid lovely button-grass moors overcame some navigational challenges and headed towards the Western Tiers.  We visited the Steppes Sculptures and toured around Great Lake.   This included two stops at the pub overlooking the lake, once for lunch and the second time to wait out a “Targa Tasmania related road closure.    The scenery and roads were fantastic.   It was great to visit an area I had never previously visited.  We then rode north to Deloraine, where we stayed for 3 nights.
On Day 2 we rode west through some delightfully named places such as Mole Creek and Paradise.  We explored more great roads in the hills above Ulverstone and stopped at Penguin for lunch.  Our plan had been to ride as far west as Stanley but decided against adding 3 hours of riding and explored a different route on the way back to Deloraine.  Colin and I then rode off into the hills and visited Liffey Falls and enjoyed a rainforest walk. 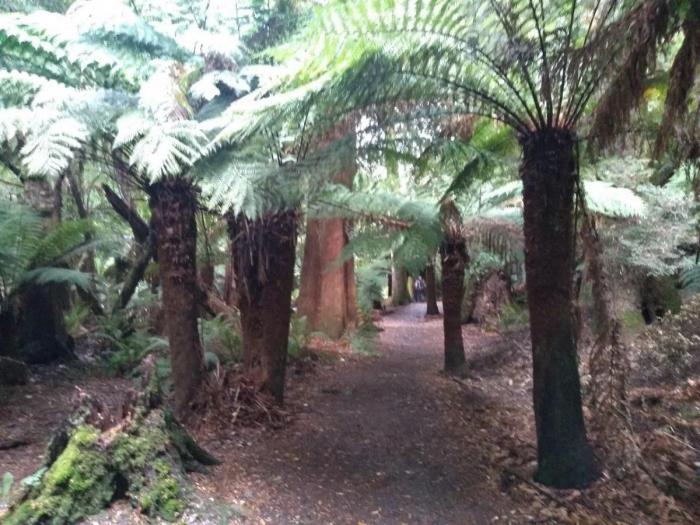 Day 3 was literally freezing with ice on our seats!  I was glad we had done the alpine rides earlier.  We rode to the edge of the Tamar Valley in sunshine.  Our “marking system” failed badly that morning!    I ended up on my own for the beautiful ride past vineyards from Gravelly Beach to Batman Bridge, where we all regrouped.   We then rode the northeast including Georgetown and Bridport where we caught up with another Ulyssean - John.  We then continued to Gladstone and enjoyed the hills around Scottsdale.
Day 4 was milder.   We packed our gear and rode west.   We stopped and took in some great alpine views towards Mt Ossa and Cradle Mountain.  By the time we passed the Cradle Mountain turn off, the weather had turned “typical west coast”.  It was cold, raining and visibility was rubbish.  We rode on through lovely high country and were pleased to get a warm greeting plus hot coffee and food at Tullah.   We continued via Zeehan to Strahan which was having one of its “wet days”.   The scallop pies were great.   Then it was more curves to Queenstown.
Day 5. We took a short tour on the West Coast Wilderness Railway as the road east was closed due to the Targa.  We then rode east towards Hobart.  The scenery on the way out of town was stunning despite the drizzle.  We had a significant delay at Nelson River due to a tragic Targa Tasmania death.  We did explore Nelson Falls while we were waiting.   We did finally get moving and it was only 5 degrees at Derwent Bridge, so we continued to lower altitude and milder temperature at Ouse where we stopped for a hot drink and food at dusk.  We arrived at Battery Point after dark and were relieved to get off the bikes despite it having been a day of less than 300 km.
Day 6.  Most did “off bike” tourist things around Hobart and one visited family.  Pat and I rode south.   Meandering past moored boats with views over the Channel and Huon Valley was both enjoyable and relaxing.  We took a break at Cygnet and rode as far south as Dover before doubling back, lunched at Geeveston and returned to Hobart where we met the others and enjoyed dinner at a local Indian restaurant.
Day 7.  Those who wanted to, attended Anzac Day ceremonies in Hobart on Sunday.   We then headed off at a relaxed pace via the historic towns of Richmond, Ross and Longford and avoided highways.   We diverted past Deloraine to pick up some “forgotten” luggage.   Some rode on to Devonport and 4 of us rode via rolling farmland hills to Port Sorrell and we regrouped at Devonport. 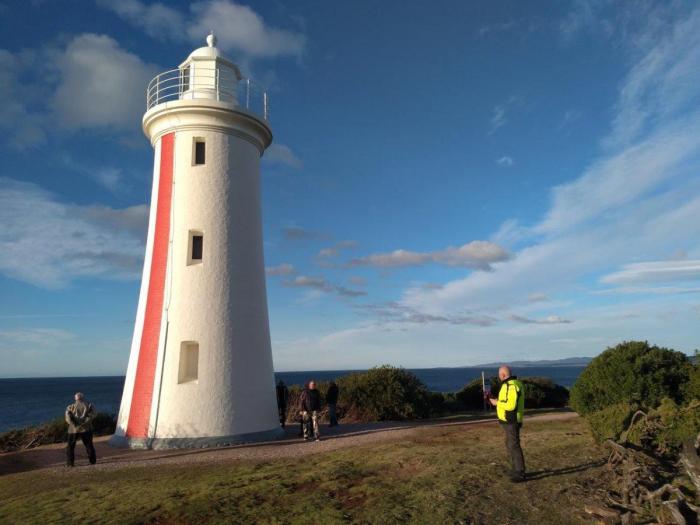 We dined at a pub overlooking the Mersey and saw our ferry sail past the window.  We boarded and had a good sail back.   On arrival we visited the branch breakfast spot in Port Melbourne before biding each other farewell.
I had a great trip and thoroughly enjoyed the camaraderie and riding.  Thanks to all who came along and made it so good.

Planning and logistics
We kept things simple and minimised overnight venues.  The ancient pubs at Deloraine and Queenstown were great value and provided warm welcomes.  The pub in Battery Point provided a good base to explore Hobart. This planning also enabled riding without carting all our luggage every day and varying routes according to weather.
The roads of Tasmania really are worth more than one visit.  This trip was late April, so it was never going to be hot.  We generally had reasonably good riding weather and were able to adjust our route to avoid a predicted freezing day around Great Lake.  The two days to and from Queenstown were wet and rather cold, but that can happen any time of the year.  Traffic was rarely an issue so there were some distinct benefits going later in the season.
John Cook
Photos here:     https://ulyssesmelb.com/ride-album/autumn-tassie-tour-2021