Home » Blogs » Sailbad The Sinner not Sinbad the Sailor's blog

Considering the forecast for rain, 12 participants was a good turnout. After a quick loop through Toomuc to warm the tyres, we took the old Princes to Nar Nar Goon, then beside the railway line to Longwarry.  We headed south from there, then out Coster Road/Westernport Road and down Main South Road.  We cut back to Athlone via Invermay Road East, then through Poowong to morning tea at Loch.
Refreshed we headed for Wonthaggi but detoured to the east down the engaging Glen Alvie Road and from there to Wonthaggi and on to Venus Bay via Tarwin Lower where the pub had more parked cars than the MCG the previous night!! 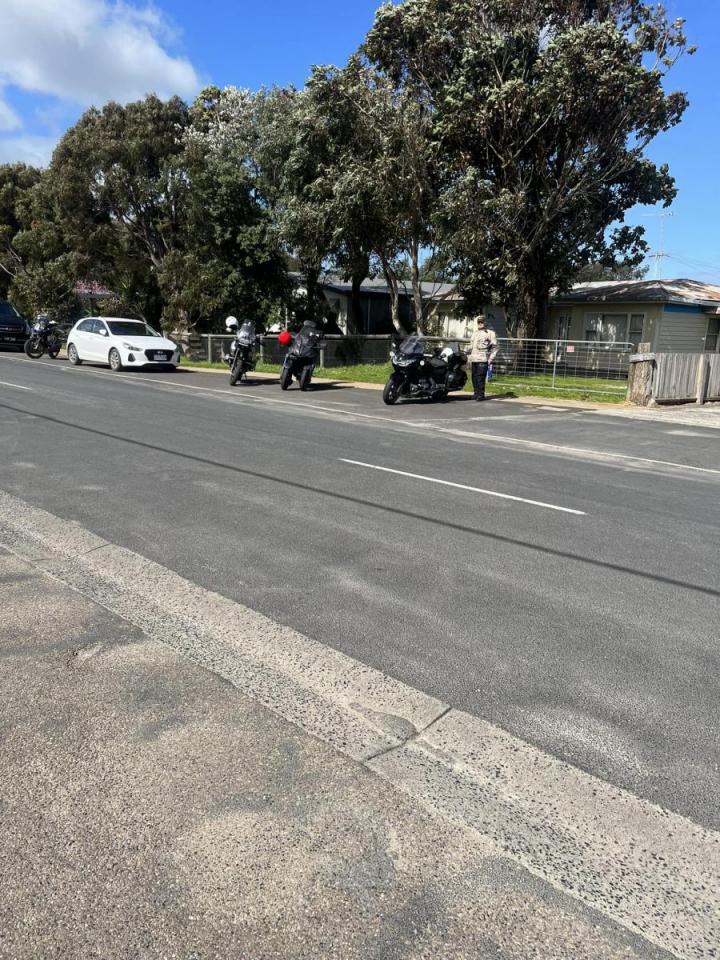 After lunch, we departed – some in the Korumburra direction, others visiting family on the way home.  A 197km ride, which was for me a total day of 351km.  Fortunately, the forecast heavy rain was very late arriving, so I suspect everyone got home dry.

Thanks to all who attended, and especially Jeff Pav for taking on the TEC duties.
Cheers
Sailbad

Thanks John for the added photo - from someone like me who ought to be banned from using cameras.... ha ha